“Mr. Wolf and Mama Bear were banging on the door
I told ’em once, I told ’em twice, don’t come ’round here no more
They’ve stolen all our chickens, they killed our neighbor’s cat
Last night I saw ’em talking to big weasel and his rat
It’s such a cozy neighborhood, we love our little town
Lately things ain’t been so good, there’s something goin’ down”

With the final stage of our renovations nearing completion, we needed a distraction from the construction work and the tax returns mounting in my inbox. 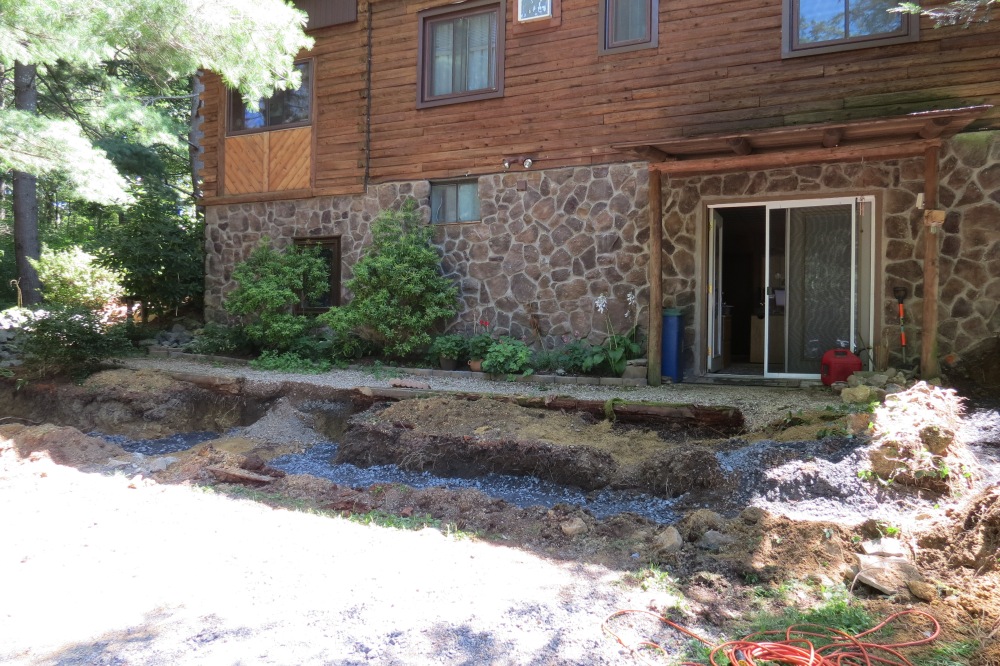 The continuing perfect August weather required another walk on the Blue Ridge Parkway. Morning lows near fifty, blue skies and low humidity reigned yet again. This time, the walk started at Reids Gap, milepost 15 to the Visitor Center at milepost 6.

At milepost 11, Raven’s Roost falls off to the west. Years ago hand gliders launched from here, until banned by the Park Service. Today rock climbers and repellers still use the cliffs. A while back I had instructed Justin to escort me here, if my physical or mental capacity ever approaches the decline experienced by my mom. One good push, should terminate the decline. I continue to use caution whenever I respond to Justin’s inquires regarding my health. 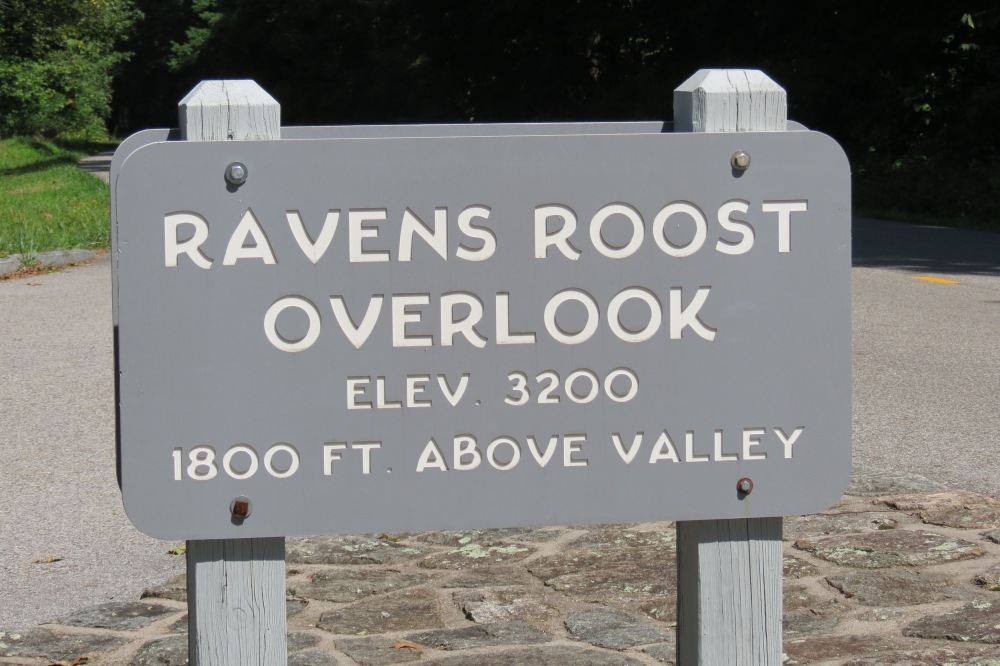 Just north of milepost 10, the Dripping Rock Overlook hosts the most northern crossing of the Blue Ridge Parkway by the Appalachian Trail. To the east, the ski resort community of Wintergreen is merely a hundred yards from the Trail. One of the closest homes to the Trail belongs to Captain Mike, a retired Coast Guard captain. A decade ago when Captain Mike was away, a Appalachian Trail hiker / thief / low life, decided he had enough walking. He broke into Captain Mike’s home, drank his booze, ate his food and then stole his car. Kinda sounds like a country song. Before departing he loaded the car with twenty pounds of frozen crab meat from Captain Mike’s freezer. Driving south for fifty miles to the James River trailhead he abandoned the car leaving the defrosting crab meat. A couple of weeks later, after sitting in the Virginia summer sun, the car was found by law enforcement. The smell grew to lethal status.

It seems Mama Bear has extended her range.

The Friday afternoon before Labor Day, provided more traffic than anticipated, but most of time the road and I were alone.

The Visitor Center displays exhibits devoted to life in the mountains in the 1800s. 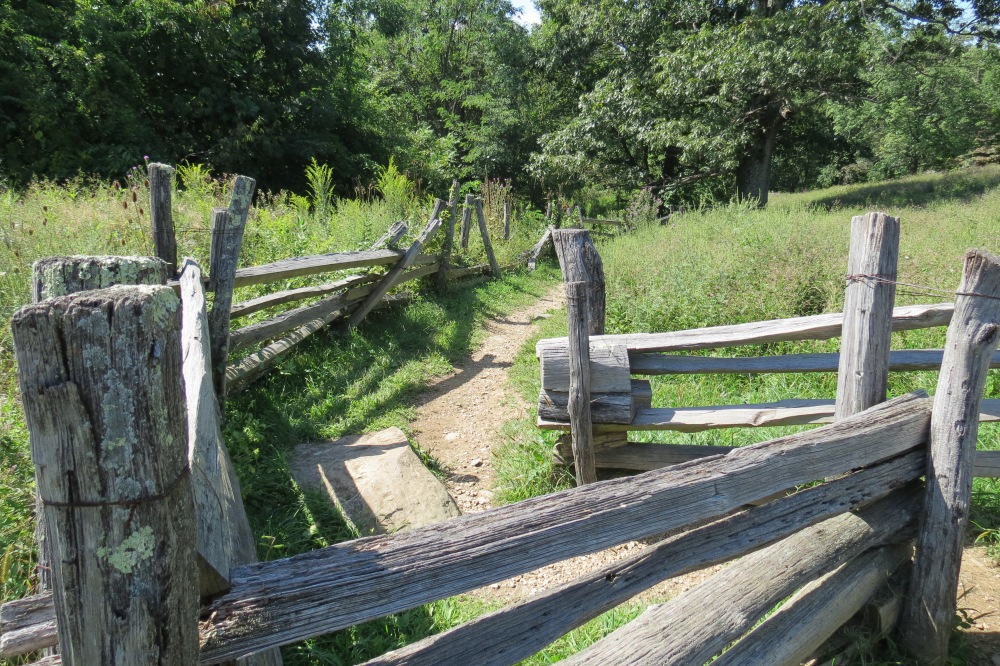 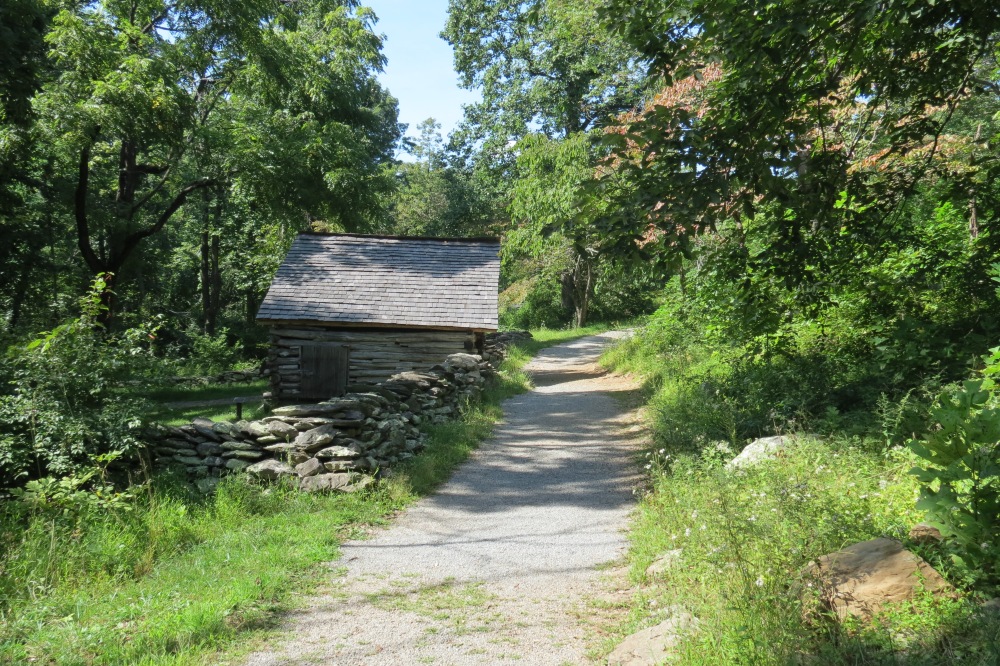 The Blue Ridge Parkway serves as our backyard. As the often mentioned crow flies to the Wintergreen ski slopes is merely seven miles of forest. While I spotted no bears today, two different bears have visited our home within the last two months. Alas, while wolves no longer roam the Blue Ridge, a healthy coyote population wanders the hills. From our bed during the last two nights, a successful pack of coyotes could be heard celebrating their kills. So Mr. Coyote and Mama Bear, please keep the noise down. Their friend Mr. Bat did make an appearance last night inside the house. Alex successfully punched him to the ground. As I picked up the stunned little guy, he regained enough composure to bite my finger. While I still have a reflection in the mirror, Lois keeps checking my incisors. 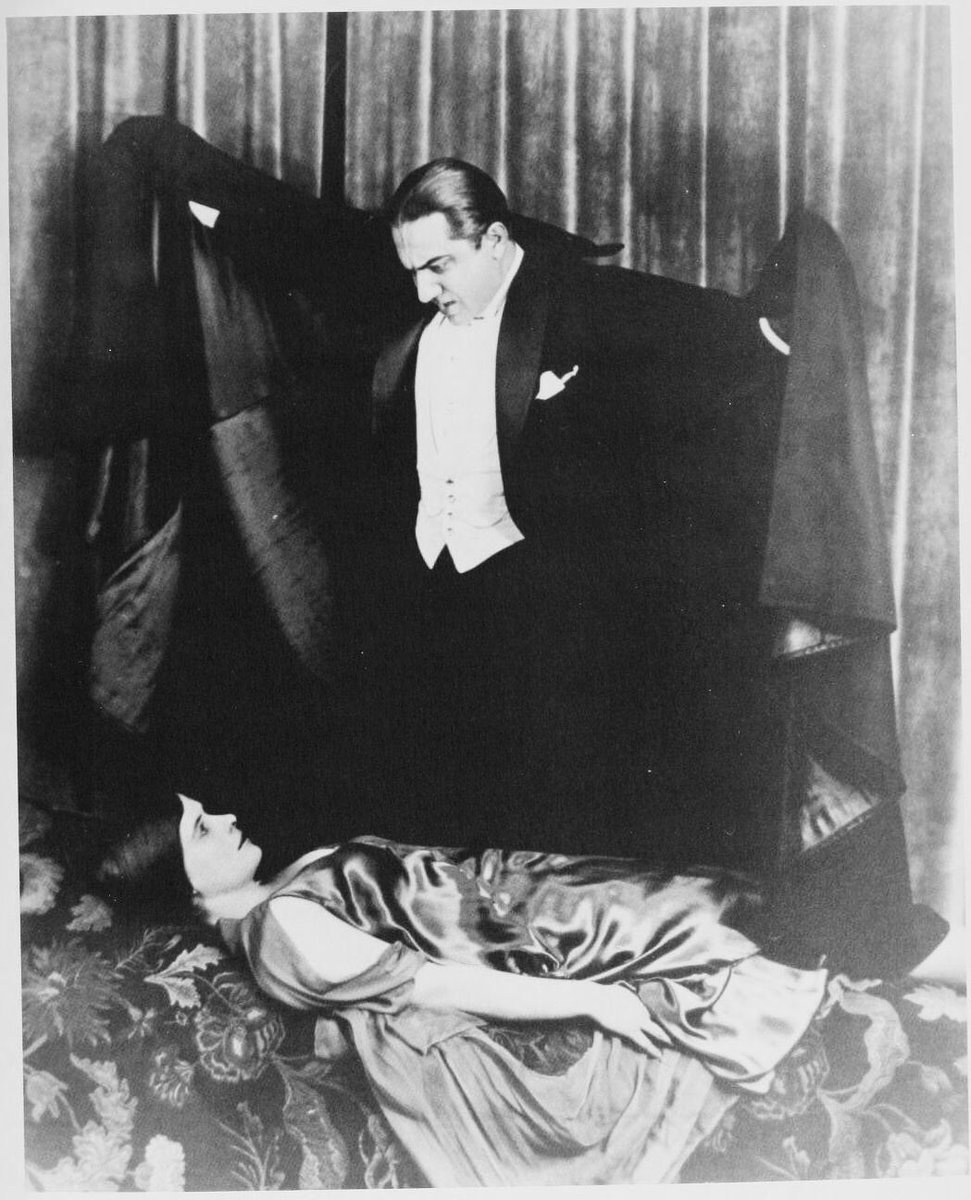 Several minutes after posting this entry, Mama Bear just walked by the sleeping cat on our porch. 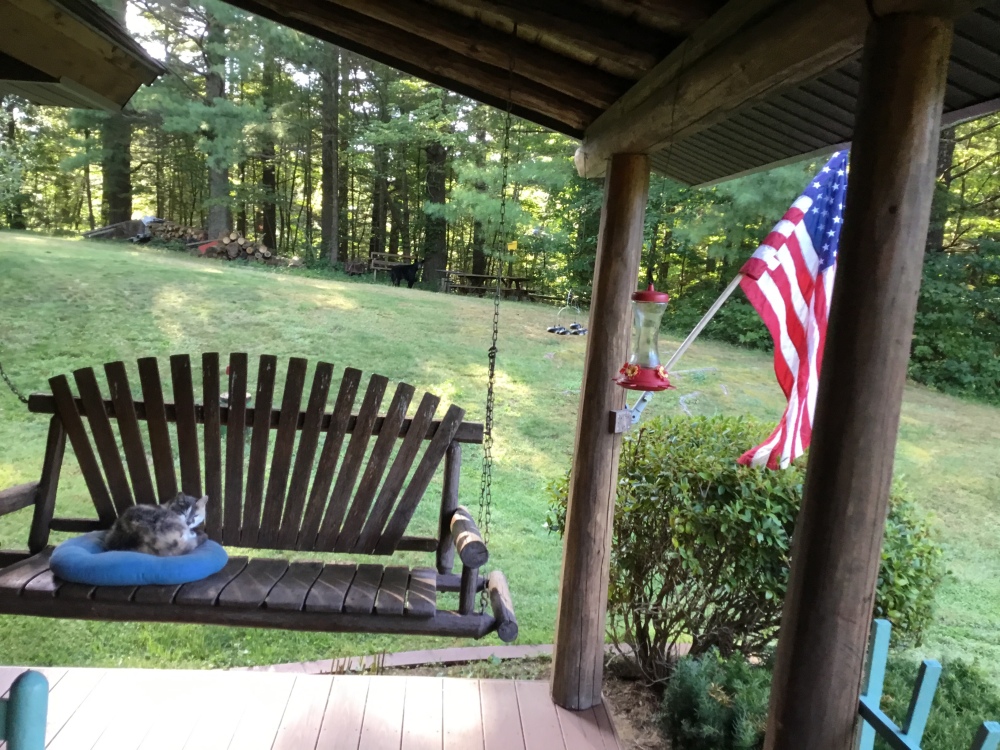 2 thoughts on “Back to the Parkway”

Published by Earl and Lois Arnold

View all posts by Earl and Lois Arnold